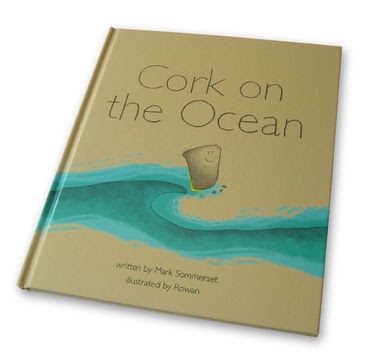 Well kids it’s time to take a deep breath and breathe breathe breathe, in and out, visualize, close your eyes and inhale slowly as you imagine yourself as a cork on the ocean, drifting ever so slightly across a judicial sea, a calm and peaceful sea, where there are frolicking dolphins and rainbows and lollipops and Judge Schwartz and…..Hi, I see you’re back.Well let’s just jump right in and take a peek at this week’s wonderful world of written utterances:

This is an interesting case involving a former bank VP who had been indefinitely “suspended” due to a little matter of allegations that she helped launder $4 million in drug proceeds.After an acquittal on money laundering and conspiracy, she wound up pleading to a minor money structuring charge and then sued (via an assignment to her criminal defense counsel) for past wages and indemnification from the bank.

Judge Scola granted summary judgment to de Saad, and the bank, represented by the very competent Carol A. Licko over at Hogan & Hartson, took it up on appeal.

Given that there appears to be a Delaware case right on point, Judge Suarez writing for the Court affirmed on the indemnification:

We follow the Delaware court’s holding and likewise find that the trial court correctly granted final summary judgment in favor of de Saad and Beeler on the statutory indemnification claims, as de Saad was prosecuted “by reason of the fact” that she was an director, officer, employee, or agent of the corporation and was acquitted because she was “successful on the merits or otherwise.”

It’s on the breach of the employment contract that things get…err… interesting.The Court affirmed this piece as well, holding:

BIV suspended her without pay and relies on the personnel manual which specifies grounds for suspension of an employee when certain charges are pending for clarification. The Manual provides for suspension, but only until the charges are clarified. It does not provide for indefinite suspension. As de Saad points out, the term “clarification” is defined as “to make clear or easier to understand.” Webster’s II New Collegiate Dictionary 206 (2001). We do not equate the meaning of clarification to be the same as the meaning of resolution or disposition. Certainly, the charges against de Saad were clarified, if not by the United States’s filing of the Second Superseding Indictment, they were clarified by BIV’s findings in its own internal audit after de Saad’s indictment. Once the charges against de Saad were “clarified,” BIV had two options under the Contract. It could either pay her the compensation as required under the contract or terminate her under one of the justified reasons for termination under the Contract. BIV did neither.

But no no no says Judge Schwartz, specially concurring:

I concur as to the result only in the court’s disposition of the breach of contract issue. I do so without specifically ruling on – because the bank did not make the argument either below or on appeal – the possibility that the legal effect of the employer’s actions in “suspending” de Saad without pay amounted to what would have been an appropriate discharge for cause and should have been treated as such, notwithstanding that it was called something else.

In other words, even though the bank, represented by very able counsel, never argued below or on appeal that the indefinite “suspension” was an effective (indeed, appropriate) termination for cause disguised by another name, the Judge thinks it is nonetheless possible.The Judge continues:

Because such a discharge would have been fully justified by the contract and the facts of the case, and because the mere unfortunate, but insignificant use of a euphemism has resulted in de Saad’s being paid at her contract rate for years of no work after she could have and should have been (and probably was) fired, it seems to me that we may have upheld a serious wrong.

Is a contractual term — “suspension” — in a personnel manual truly a “mere unfortunate, but insignificant….euphemism.”

From the majority opinion, I thought the contract provides a mechanism for three stages of employment — suspension, reinstatement, or termination.

Is there another, more euphemistic category of “termination by indefinite suspension” in the contract somewhere?

Also, if you believe the discharge was “fully justified by the contract and the facts of the case,” and that “we may have upheld a serious wrong,” then why concur as to the result only (affirming the trial court sj on breach of the employment contract)?I also really like footnote seven:

Quite coincidentally, the following appeared in a recent article about an erring teacher: “Without discussion, board members suspended [her] without pay
Tuesday – an effective termination . . . .” Patricia Mazzei, Teacher Accused of Pushing Boy is Fired, Miami Herald, August 19, 2009, at 4B (emphasis added).

That certainly is quite coincidental — given that it just happened to appear in the newspaper recently, is not part of the record below or on appeal and does not appear to constitute evidence or authority of any kind.

(I appreciate that the thought here is that everybody knows a suspension is a form of firing, it even just randomly appeared in the paper the other day with the term used in this very context.)

I actually enjoyed footnote seven so much I believe it may constitute a basis for reconsideration — in fact, I hereby volunteer to draft an amicus on behalf of Ms. Mazzei, clearly setting forth her view of suspension vs. termination for cause and how her recent article should inform the facts of this case.

Carol, are you listening?