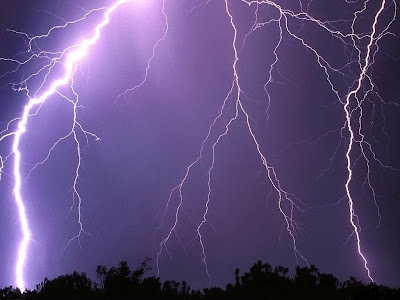 Let’s see, the roads are wet, it rained all weekend, and it’s Monday again.

Haven’t we been here before?

Type-A partners, once glued to their BlackBerrys, suddenly have time fortheir spouses and their children; ladder-climbing junior lawyers linger over

“People are shellshocked,” said one top partner at the firm who, likemany of its current and former lawyers, spoke on condition of anonymity for fearof retribution. “If they survived the first two rounds, they’re happy to have ajob, but are still very nervous. And if their phones don’t ring, if their workdoesn’t come back with a vengeance, they fear they aren’t long for this

So folks at H&K, GT, H&W, SSD, is this true? Are you all enjoying longer lunches, actually attending your kids’ soccer matches, and waiting and wondering when the next axe will fall?

Miami has always been a successful mid and small-firm market, and only over the last 15 years or so have national BigLaw firms been able to establish viable local offices. But the picture painted by this article is exceedingly bleak:

But the natural order of this world has been set on end by the economiccrisis and the possible disappearance of fixtures like the pyramid system (underwhich associates are thrown en masse at certain cases, fattening the fees), andthe billable hour itself (increasingly replaced by flat rates or retainers in aclient’s market). The tectonic plates have begun to shift in a nauseating

“You used to feel the intensity in the office,” said a longtime partner at a big New York litigation firm. “When people walked to the bathroom, they would actually
scurry. Now it’s more of a stroll.

“For the first time in their lives, people feel sort of useless. All of a sudden, you can go to lunch for two and a half hours and really not be missed. It’s a blow to the ego. You’re talking about people who have never really failed.”

Oh well, feel free to kill time on this crappy blog, and enjoy the weather!

Some Days You Eat the Bear, Some Days the Bear Eats You

Charlie Crist Gets A New Job!